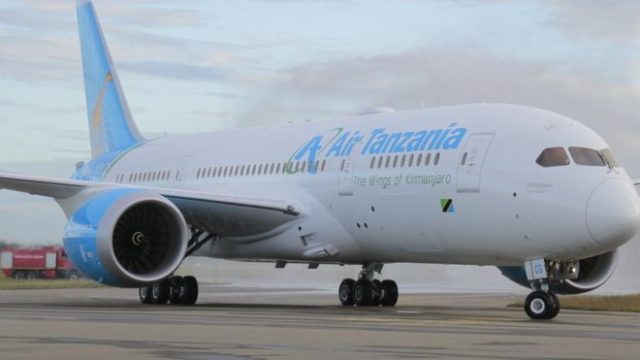 The Airbus 220-300 was due to fly from Johannesburg, South Africa, on Friday to Dar es Salaam in Tanzania.

It was not immediately clear why the action was taken, and South African authorities have not commented.

But a retired farmer has said the aircraft was impounded because Tanzania’s government had not paid him $33m (£28.8m) it owes in compensation.

A Tanzanian government spokesperson said that the country’s lawyers had arrived in South Africa to investigate.

In a statement on Friday, Air Tanzania said that it expected to make flight schedule adjustments “due to unforeseeable circumstances”, but did not give any further details.

The carrier’s managing director Ladislaus Matindi told Reuters arrangements had been made for passengers to resume their journey on another flight.

Tanzania’s President John Magufuli has led attempts to revive the state-owned airline, hoping to boost tourism and turn the country into a major transportation hub.

It had just one plane when the president was elected in 2015. Since then, millions of dollars have been spent on the purchase of eight new aircraft.

But the carrier is battling several multi-million dollar lawsuits with its former suppliers.

This is also not the first time Air Tanzania has had a plane seized. In 2017, Canadian construction firm Stirling Civil Engineering seized the airline’s new Bombardier Q400 plane in Canada over a $38m lawsuit.

The Q400 was released in March 2018 after Tanzania’s prime minister and attorney general negotiated its release. No details were given about the terms of the settlement.

Mbabazi not yet at Namboole as Bukenya, Kazibwe, arrive

The Minister of Health Must be Fired With Immediate Effect –...